Chanukah - I can't believe it! 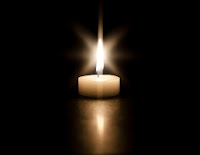 Over the years I have come to belittle the significance of the (super-natural) miracle of the oil in contrast to the (natural) miracle of the military victory.
The rationalization was, among other things:
1. The fact that the military victory is more prominent in the earlier primary sources such as על הניסים and Josephus's writings
2. The oil miracle seems to rise to prominence only later, once - due to the exile - sovereignty and military victory were no longer relate-able (or possibly even understood)
3. As far as miracles go, the oil miracle doesn't stand out as unique in our long history of miracles.
I've attributed this leaning of mine to my over rationalist approach to Jewish thought resulting in de-emphasizing the unnatural as well as my ultra Religious-Zionist background, preferring the "human-as-a-vessel-of-the-divine" approach, to the "divine-as-nullifying-human-action", approach.
But a realization just hit me today that makes me wonder if my tendency to marginalize the miracle of the oil may not have gone far enough:
If one were standing in front of the Menorah, during the 8 original days of the Maccabees, would it actually appear as a "revealed miracle" (נס גלוי)? Probably not.
At no point would you be faced with the obvious breaking of the laws of nature, (which tends to be how we define a "revealed miracle").
Only by looking at the broader context of 8 days and evaluating the appropriate ratio of oil per day could one deduce that they were witnessing a miracle.
Isn't that the definition of a "concealed miracle" (נס נסתר) - context, probability and other such intellectualizations?
I'm proposing this - there was no "revealed miracle" on Chanukah! rather two important events, part of the same continuum and narrative which, like all things to do with the history of The Jewish People, reveals some deeper aspect of reality as well.

Even if what I'm saying is true - that the miracle of the oil was indeed not a revealed miracle at all - it doesn't in any way take away from all of the Torah that has been said about the relationship between revealed and concealed miracles, which takes place revolving around many other areas of our traditions.
In my mind it just means this - Chanukah is all about the natural state of (miraculous) national Jewish life, with no need for the crutches of revealed miracles to make an otherwise obvious point.
It is the disease of Galut with its dissonance between what is and what should be, with its dichotomy between body and soul, with its existential sense of uncertainty and inherent doubt that gave birth to the prominence of a miracle that, to those who witnessed it, most probably was not miraculous at all.

A Chanukah Same'ach to all. 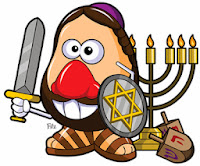