Sukkot and its pagan-like customs 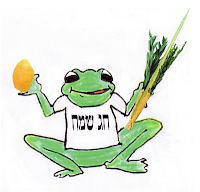 I've grown accustomed to hearing, year after year, that "Sukkot is the hardest holiday to explain to outsiders", or the o-so-popular "if a non Jew saw us shaking our Lulavim he'd think we were all pagans". A popular answer is the standard default of "we do it because Hashem commanded us even if it looks strange", or better yet, "even more so because it is strange".

I cannot accept these kinds of answers.
1. I refuse to accept that Torah and Mitzvot are some sort of test, which is the foundation of these types of answers. I don't observe Mitzvot in order to prove anything to anyone - other nations, other Jews, myself or even God. (For a short piece on why I am observant see here)
2. I completely disagree that there is anything odd or strange in the observances of Sukkot. Only Jews who have lost touch with Judaism's own origins could say such a thing. Torah is rooted in the life of a nation in its land. The three major holidays revolve around agricultural. They may have a historical element to them as well (Shavu'ot less so as expressed here) but their celebrations are primarily agricultural. Throughout exile, these elements were downplayed or forgotten altogether to the point where we are uncertain how engaging with nature on the most fundamental level could possibly fit with Torah. 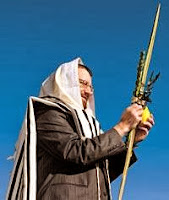 And I say - few things make more sense than connecting to Hashem through the embracement of nature. We leave our artificial, man made, houses and lives and surround ourselves with those of Hashem's. We surround ourselves with nature, we touch nature, we smell nature and it is all a Mitzvah. Doing nothing at all in the Sukkah is a Mitzvah not just because "Hashem said we should do it", rather because, if you view nature as a place where Hashem dwells and reveals himself than by embracing it you are embracing Him (fulfilling a Mitzvah). Sukkot reveals that, sometimes, you can connect to Hashem even by just being You.
Maybe this can only be done after the purging of Rosh Hashan and Yom Kippur but, non the less, it reveals the possibility of engaging the divine without all the regular "hoopla", rather by just getting in touch with the most fundamental aspects of existence - (our) nature itself.
Imagine how sincere such a natural/holly שמחה of מצווה such an approach would evoke and produce!